Bluugo has been recently awarded two new certificates from Kauppalehti and The Finnish Software Industry Association.

The Kauppalehti Growth Company Certificate can be awarded to a company if all of the following requirements are met:

- The company has been operational for at least 4 years

The growth of a company’s revenues is seen as significant, if it has grown on average over 10 percentage points faster than the average level of its main class of activity on an annual level.

Bluugo’s annual revenue growth has been on average +54% since 2015, which is more than enough to qualify us as one of the Kauppalehti Growth Companies. Thank you for the honor Kauppalehti!

“The Finnish Software Industry Association hereby recognizes that Bluugo Oy produces uncompromised software according to Finnish best practices, and as such can proudly use the Software from Finland logo.” 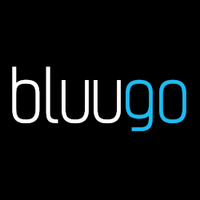 More and more companies are building their core business processes on digital platforms, and the ability to gather and share data seamlessly wherever and whenever you need to has become a necessity for many. To do this you need stable internet connections – or do you?

Utilizing AI in business – how to get started?

Artificial Intelligence is quickly reshaping the foundations of the business world, and providing companies many non-traditional ways to create added value automatically – but how to get started with all this? In the first part of our AI blog series, we go through some of the basic topics of utilizing AI in business applications. If you are interested in AI and its possibilities, this is a great introduction to the subject!

Why are people still using usernames/passwords for identification?

The combination of username/password is over 50 years old method for identification – why are we still using it today, when there are many superior solutions available?