Where it all began

It was the year 2014. The business world was going through major changes caused by the rise of digitalization. More and more companies were eager to invest in new innovations and solutions, but the results were often disappointing. Risks were high, schedules weren’t met and budgets exceeded by three-fold.

The single biggest reason for the numerous failures was the wrong type of tools. The global tech giants were building new solutions on top of their legacy ERP systems, which simply weren’t designed for modern B2B collaboration. The importance of user experience was neglected, data security was major concern, and the stiff perpetual licensing models weren’t suitable for an agile MVP approach. The original innovations were buried beneath the heavy IT-project management.

At that time, Bluugo’s founders Rami, Jarkko and Reko were already seasoned experts in the IT-sector. The growing pains of business digitalization had been noticed early on, and the consensus was that there had to be a better way of doing things. The three friends decided to start their own company, where things would be done differently – business first and using the best possible tools. Bluugo was founded and our story began. 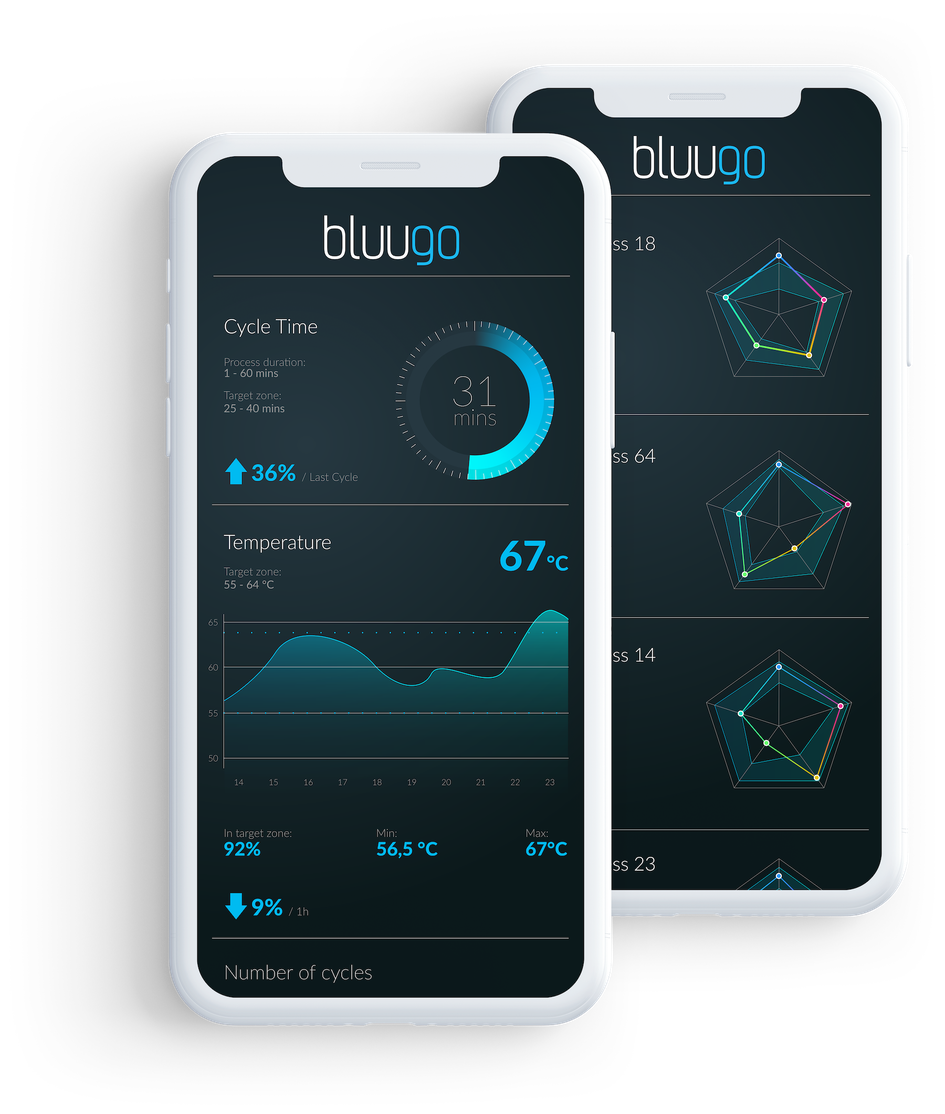 From an idea
to a unique product

Since day one, Bluugo’s mission was to do things differently and better than the other players in our field. To achieve this, we needed better and more suitable tools, that would meet the standards of modern digital B2B solutions. It didn’t take long to realize, that such tools did not exist – they had to be created.

The first Tracking Cloud™ solution was implemented in the spring of 2015. Since then, Bluugo has only had one direction – upwards.

Things have changed much since 2014, when our founders were working in a single room office developing the first version of Tracking Cloud™. In the past 6 years, we have grown from zero to an international seven-figure company.

In November 2018, one of our Machine Learning solutions was chosen as the winner of an international innovation award amongst over 100 competitors in the Pride of Ground Handling Awards. A year later, in the fall of 2019, Bluugo was chosen into Business Finland’s Young Innovative Companies funding program. The program supports the most promising Finnish companies in their international growth. Prior participants of the program include companies such as Supercell, Framery, and iLOQ.

Today, Tracking Cloud™ solutions are used all around the world and our customers include many of the largest listed companies in their respective fields. Our awesome team keeps growing, and this year we have also hired sales development personnel that focus solely on the pivotal regions in the international markets.

We can’t wait to see what the future has in store for us – we’re just getting started!

“The world is full of software companies – what makes Bluugo any different?”